Welcome to My PODCAST page!
Below showcases my many different styles of House music that I perform.
Some of these have been recorded at home, some are Live from the clubs whilst others have been assembled for one off events like the Mardi Gras parade.
Some of these are ONLY available here, whilst others are available on my PodOmatic Site and also on i-Tunes.
No matter where you grab these files, the MA15+ site is the ONLY place you will find them at 320Kbs.
Happy downloading!

Click on the 3 dots on the right to pull up the menu to preview the Podcast. Highest quality download links are all listed further down this page. 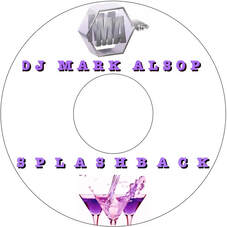 It is with immense pleasure to announce the eleventh session of SPLASHBACK.

When the series was first created, its commitment was to showcase classy and sophisticated music that would stand the test of time. Scintillatingly silky and sensual and sometimes Fabulously funky!

​I think you will agree that Session Eleven is testament to this undertaking.

I hope you enjoy this super groovy 80 minutes as much as I have in creating it… Deep and Soulful House music with integrity. 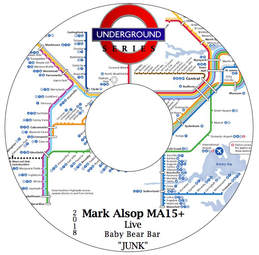 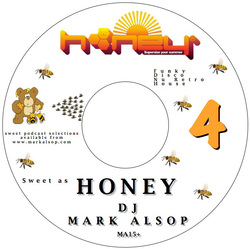 Honey continues to go from strength to strength and has now had parties in Sydney, Melbourne, Brisbane, Adelaide and coming soon to (???).

In this edition we help you supersize your summer by spreading even more HONEY sweetness!

Back II Back Honey 4th Birthday 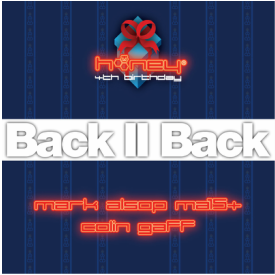 Honey celebrates it's 4th birthday and to help with the celebrations, Colin Gaff and myself have created our 3rd Back II Back release!
​
For this very special occasion, Colin and I put our heads together to give you a special treat. This release features two exclusive tracks mixed in celebration of HONEY!
They are HONEY exclusives!!!
​
Track 4 "All I Want All I Need" Mark Alsop MA15+ Honey Exclusive
and
Track 10 "Deeper Mojito Love" Colin Gaff Honey Exclusive

We both hope you continue to enjoy our creative talent as much as we enjoy playing and creating music for you.
Back II Back 3 - DOWNLOAD

Honey Back II Back 2 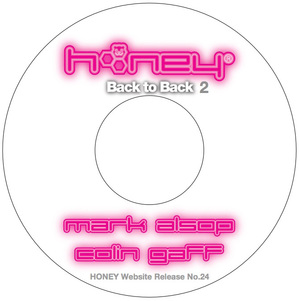 This Honey instalment was November 21st @ The Vortex (Arq) Underground.

Honey is very happy to be supported by Growlr, SX and Same Same. 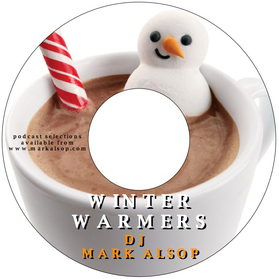 Given the freezing climate and arctic blast about to hit Sydney, I’ve put together a kicking’ 80 minute podcast to warm away those winter chills!

Hold on to your hot chocolate and get ready to overheat!
Winter Warmers - DOWNLOAD HERE

Honey Back II Back 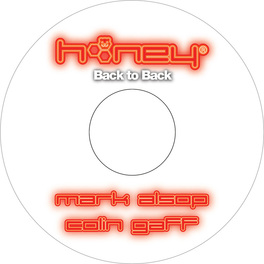 Honey will be showcased in this DJ format on Saturday December 6th 2014 @ The Civic Hotel Underground so be sure that you don't miss this event! So make certain you get some Honey - party with Sydney’s woofiest men.

Honey is very happy to be supported by Growlr, SX and Same Same. 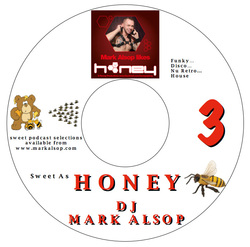 Having just celebrated its second birthday, Honey is continually growing in strength and has now been experienced in Sydney, Brisbane and Adelaide.

Grab a pot from your cupboard and stand by with toast to help spread the Honey love! 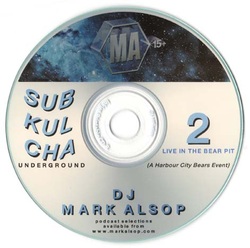 Welcome to Episode 2 of SubKulCha.

This podcast is taken directly from the master recording from within the Bear Pit at the Imperial Hotel, Sydney.

Bear Pit is a Harbour City Bears dance party that is built upon  Underground progressive music which extends from an energetic level earlier in the night to deep and dark as the evening progresses.

Get ready to sweat your arse off in the pit!!! 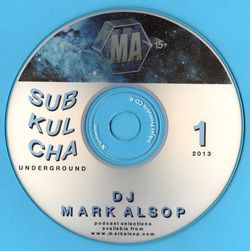 Underground events continually keep me intrigued as Dj's spin an array of music. However, my one complaint is (often) the music never develops. Personally I believe that each track needs a purpose and not just some monotonous rambling of 8 bars repeated over 6 minutes. The music needs to speak for itself without being reliant on vocals. There needs to be a starting point and a road to journey within each track.

Much like the release of the GRUNT and INQUISITION podcasts (available here or on www.markalsop.com), there's strong proof that the Underground scene continues in strength with music that is anything but boring.

Given all these points, I have developed a style I am proud to present as I launch my new Underground series titled SubKulCha.

Break out your imagination…..

This podcast contains EXPLICIT material. Be sure to clear your mother and all kids from audio range....... 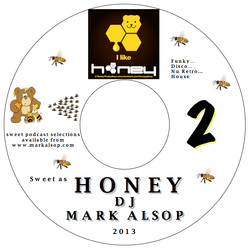 As the HONEY parties grow from strength to strength, the crowd now appreciates the finer points of the music styles played at the right tempo! Honey still remains an attitude free event with uplifting funky house, disco and reinterpreted old school favourites.

I am very proud to announce the MA15+ HONEY TWO podcast, making this the second HONEY release of 2013. 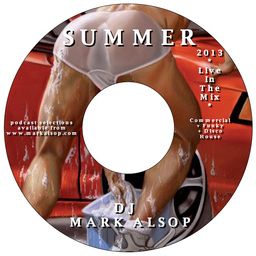 Recorded within the blistering and sizzling heat of an Australian Summer!

This release starts out with a cool, smooth and funky tempo and gradually builds into this Summers' hottest Anthems. 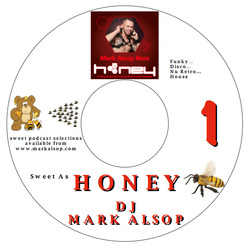 Each party just keeps getting better (as if that was possible given the calibre of the opening event) and I am finally proud to announce the MA15+ HONEY 2013 podcast.

I hope you enjoy the music! 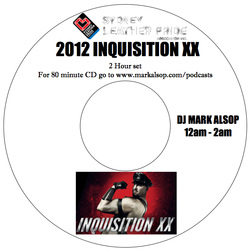 SLPA has come a long way from the first ever Inquisition which was held in 1992. Shortly thereafter the party was moved to the Dome which ultimately became SLPA's true spiritual home. This year the tradition continued for the 20th Anniversary as Inquisition XX returned to the Dome on Saturday 1st September.

Below are two Choices :- 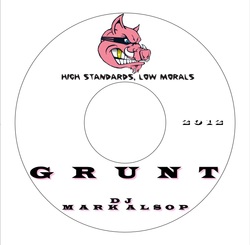 Picture it....
Easter weekend 2012.
The LAIRD in Melbourne.
The promoter being the brains behind a plethora of huge parties in Queensland. 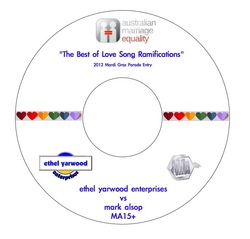 Imagine it's the week before your wedding.  You are out with your pals painting the town pink, terrorising Oxford Street for your pre-wedding celebration on the party bus from hell. The matron of honour has a few under her belt, commandeered the radio tuning knob and is providing the in-flight entertainment for the Hens and the Bucks........

The Best of Love Song Ramifications with your Love Pump DJ, Dick Mercy on DIX FM 106.clitz
Buckle up those seat belts and strap yourself in for 70 minutes of pure torture. 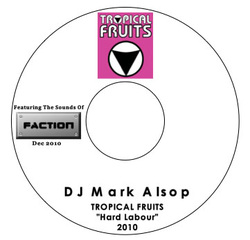 This is a live recording from the TROPICAL FRUITS "Hard Labour" party held at Tregeagle.

Click on the link below then click on the "Download This Folder" to download this totally live set that has been cut into an 80 minute file to allow you to burn directly to CD.

Artwork and Track listing is also in the folder. 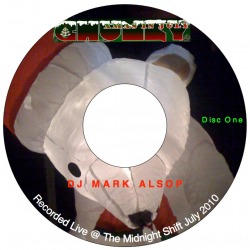 Click on the links below then click on the "Download This Folder" to download my live set from the Harbour City Bears "CHUNKY - Christmas In July" party 2010.
This was held at the Midnight Shift, Sydney, Australia.

It is a totally live set that has been cut into 2 files to allow you to burn 2 discs.
Artwork and Track listing is also in the folder. 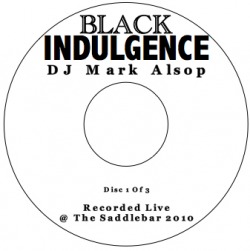 Please see the link below to download my live set from this years BLACK INDULGENCE at the Saddlebar, 2010

Totally live and cut into 3 files to allow you to burn 3 discs.
Artwork is also in the folder.

Hope you enjoy as always!! 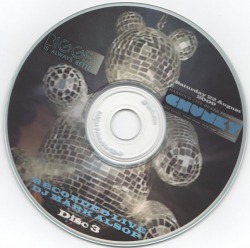 Please find below three links to my TOTALLY LIVE set at the 2009 CHUNKY party, Sydney, Australia.
I have made three links so that each link may be burnt onto a compact disc, thus this will provide a THREE CD set.
Please remember that this is a live set mixed LIVE on the night and thus any flaws are inherent of the event!Please remember that YOU MUST DOWNLOAD ONLY ONE FILE AT A TIME or else they will be incomplete OR stop near the end of the download!!!! 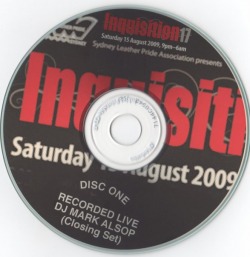 Please find below two links to my TOTALLY LIVE set at the 2009 Inquisition party, Sydney, Australia.
Inquisition is an annual Fetish & Leather event and the music is non-commercial and generally non vocal.
I have made two links so that each may be burnt onto a compact disc
Thankyou for being a member of MA15+ and I hope that you enjoy the music
(Please remember that this is a live set mixed on the night and thus any flaws are inherent of the event)
x
Mark 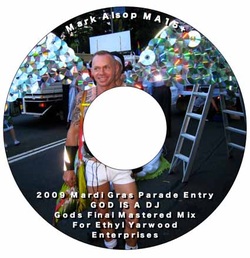 This is the full 66 minute mix  soundtrack of Ethel Yarwood's 2009 Parade Entry  for Mardi Gras.

Simply entitled  "God Is A DJ", this mix leads you on a spiritual journey of Godliness, with all things religious.

Based around the track God Is A DJ by PINK, this section occurs every few minutes to combine with the floats choreography.

To see the rehearsal of this, click onto the VIDEO section.

Raise your hands and praise the followers!!!!!
God Is A DJ - DOWNLOAD HERE - MF 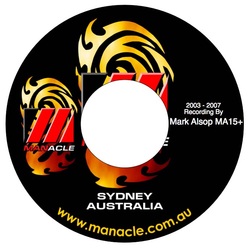 In 2003, a small club opened it's doors underneath the famed JBF building at Taylor Square, Sydney. It's name : Manacle. Within a few months the idea of a Day Club emerged. At first it was slow going and I remember playing to only a few people, but as word spread, all that was to change.

Within the next six weeks it quickly became THE place to be. The name Manacle was on everybody's lips and the new Day Club "BENT" was born.
People arrived after dancing all night in the nightclubs as well as those that would miss the Saturday nights entertainment along Oxford Street, so that they could awake at 6.30am and be fresh faced for the opening of BENT at 7am on the Saturday, Sunday and Monday mornings.
Manacle not only saw the emergence of BENT, but also other regular events like D2D (Dusk@Dawn), Man Hole and Manoeuvres. Throughout the history of Manacle I also became the Friday night resident and saw the birth of an extremely popular night entitled BOYZONE and then the later famed GRUNT.

I hope you enjoy this journey back to those days.

The double CD was originally entitled UNITY. The triple set was FAITH, HOPE & CHARITY. The earliest recording done in 2003/04 is called League. ALL these releases were only given to friends and the most loyal customers. This is the very first time that they have ever appeared digitally and available on the internet.